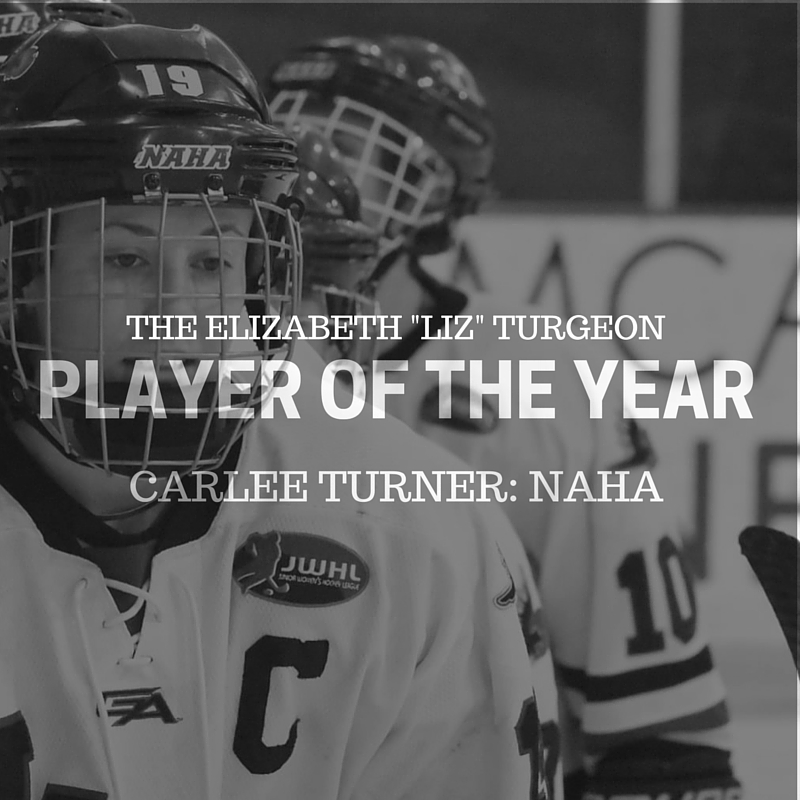 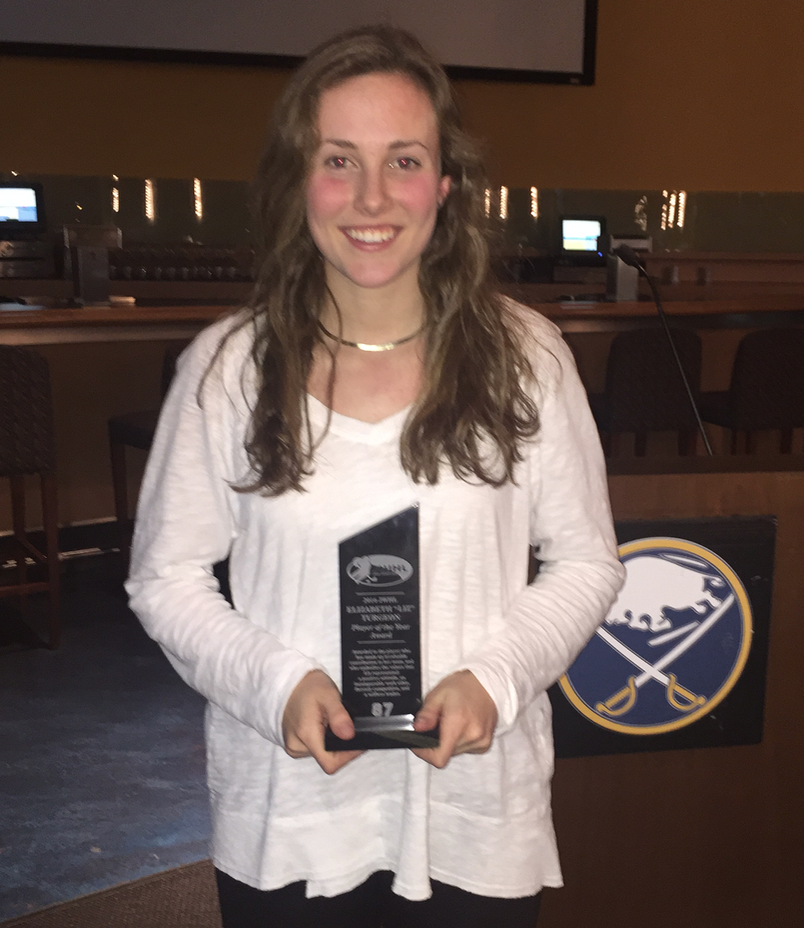 In 2010, the hockey world was stunned by the tragic loss of Elizabeth “Liz” Turgeon. Liz was sadly killed in a car accident after wrapping up her senior season with the Colorado Select and since, the league has given out the Liz Turgeon Player Of The Year award in her honor.

The Liz Turgeon Player Of The Year will be awarded to a JWHL player who embodies the values that Liz Turgeon represented, including: positive attitude, incomparable work ethic, fierce competitor, selfless teammate and has made invaluable contributions to her team by her individual statistics.

The 2016 Liz Turgeon Player Of The Year recipient is Carlee Turner of North American Hockey Academy.

Carlee embodies the many qualities that Liz brought to her team and our league, and as leader and captain of the NAHA White team. Supporting her teammates is always a priority in her eyes, whether through her stellar play on the ice, or her interactions off the ice, her commitment and leadership elevate those around her.

As a player, Carlee brings a passion and compete-level that is reminiscent of Liz, pouring herself into her shifts and relishing the responsibility of leading her team. Carlee suffered a serious shoulder injury her sophomore year and it took incredible effort on her part that summer to recover from what her doctor described as a shoulder that was shredded. Her junior season was impacted by that, but driven by her tremendous work ethic, she dedicated herself to a regimen that lead from recovery to training and preparing for her senior year.

Her leadership and contribution on the ice to her team this year has been instrumental in integrating many young players into the lineup as they moved up from the U16 level, and she constantly lead by example. Just as Liz was a driving force in every game she played, so is Carlee as her driving work ethic is manifest in her significant stats, as she's 3rd in the JWHL for scoring, and tied for the lead in JWHL game winning goals.

As team captain, Carlee and the coaching staff planned and initiated a team culture commitment to 'Being a Great Teammate'. Planned with Carlee over the summer before the season began, she helped introduce the concept to the team, plan the weekly exercises, and keep her teammates focused on this mission. Through her daily actions off the ice, her play on the ice, and her commitment to her teammates, Carlee embodied all the lessons that make her a great teammate. This has been immensely valuable in impacting NAHA's team culture this season.

Congratulations Carlee and best of luck to your future hockey career at the University of New Hampshire!